The German Competence Center in Tuzla – DKR is open 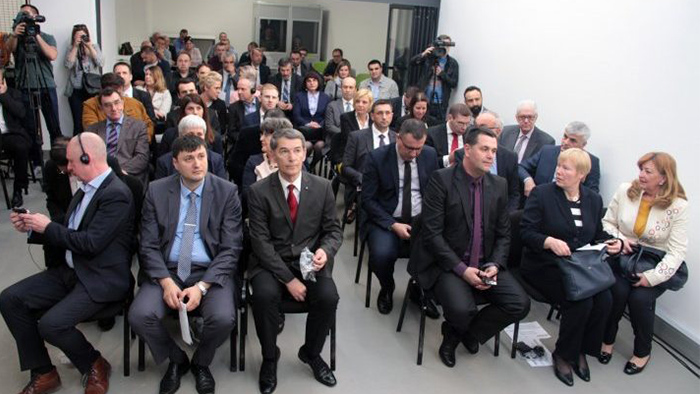 The German Center for Robotics, who is the first if his kind on the territory of West Balkan, has been solemnly opened today in SKPC “Mejdan” in Tuzla.

Founder and initiator of the project, Muamer Babajić, who is as well the owner of the company Masterwerk GmbH from Munich, said that in the first stage of the project he intended to educate 68 persons, who would after that be able to program industrial robots and quality control systems.

“Till the end of this year we will have free trainings and soon we will announce the contest to accept new attendants for our courses. We are a center based on whom foreign investors, who were avoiding Bosnia and Herzegovina, come to Bosnia and Herzegovina. We have the German government and I absolutely believe that this project will remain.”

– says Muamer Babajić, founder and initiator of the German Center for Robotics in Tuzla project.

The company Masterwerk GmbH from Munich worked on several projects in Germany, and their employees will be temporary engaged in the German Center for Robotics in Tuzla, where they will educate new talents.